NetworkedBlogs
Any Government That Is Corrupt And Arbitrary Will Not Promote RTI Law: Aruna Roy
NEHA MAHAJAN INTERVIEWS ARUNA ROY 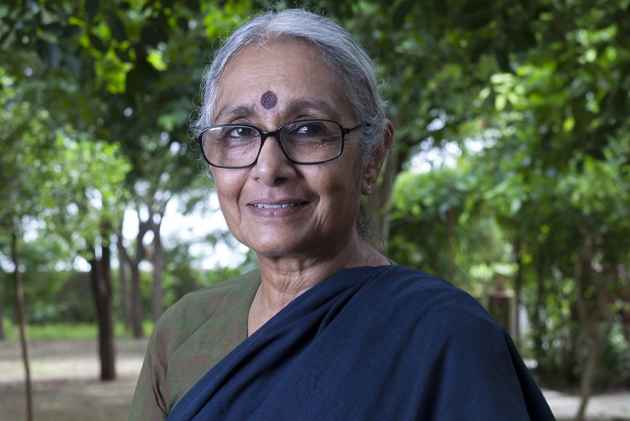 RTI activists have strongly opposed amendments to the Act saying they are aimed at lowering the stature of Information Commissions from equivalent to the Election Commission (EC) and to do away with their five years fixed tenure.

In an interview to Outlook, social activist Aruna Roy said the proposed changes will reduce the commission to the level of any other department in the government.

Roy said RTI law has become a huge worry for all those who are corrupt and misuse power in the government. And therefore, there has been a desire to neutralise it.

“Any government that is corrupt and arbitrary will not promote the RTI law,” she said.

Excerpts from the interview:

The government is planning to bring amendments to the RTI Bill. What do these proposed changes mean?

The most dangerous thing about these amendments is that it’s undermining the independence of the Information Commission and reducing it to the level of a department of the government of India…If the independence of all institutions are going to be whittled down by the government, then democratic institutions created to maintain a check and balance, and to ensure that the constitutional rights are delivered will be nullified.

Do you think the proposed changes will destroy the RTI act completely?

I think they will. The commission as a body has many functions. One is to implement the RTI act, but also to safeguard the peoples right to information.

If these changes come into effect, will they interfere with RTI activists freedom to make independent decisions?

Yes, absolutely… The Act has given us, for the first time in independent India, the people of this country have gained the right to be part of a process of democratic government- because we know then what is happening inside the government. We have the right to understand how our sovereignty is being used or misused. We have the right to know which individual is taking what decision – it’s a complete window into the functioning of government in our name. So. the fear of every government, is that they will be monitored by notions of justice and equality, that we hav egiven to ourselves in the Constitution.

We know that RTI is one of the most important tools for the citizens of this country. Why do you think the government is proposing changes to the Act?

For the first time in the history of independent India, there is an Act which gives us the right to monitor the government about corruption and arbitrary use of power at every single point of its transactions. There are between 60 and 70 lakh users of the law every year. They are being monitored and checked in many different parts of India, in many different departments, and at many different points of interaction between citizens and the state. In each one of these interactions, the government is held accountable and liable in one way or the other…Just look at the millions of sets of eyes looking into the system, to monitor whether it’s doing right or wrong.

The law has become a huge worry for all those who are corrupt and who misuse power in government…Any decent democracy will promote it (the RTI law); any givernment that is corrupt and arbitrary will not promote the RTI law.

If the proposed changes to the Bill are made, what will be the next step of Commission and activists?

We already had one agitation yesterday (Wednesday). We will now agitate all over the country, and processes of public protest have already begun. And of course, we finally have recourse to the vote. Any government that goes against the RTI will never receive the mandate of its people. Any government which threatens the RTI will become a terribly unpopular one, as it will be seen to be blatantly standing up for corruption and for the arbitrary use of power.